According to [a doctor’s] examinations after the accident, the number of white blood cells of children living in the [Tokyo] metropolitan area was decreasing. And he added that neutrophils among white blood cells were particularly badly decreasing…Today, the doctor is saying that for every ten children in Tokyo, nine of them have below the standard number of neutrophils.

Comment from Beyond Nuclear International:
On March 11, 2018, we profiled a courageous young mother — Yoko Shimosawa — as she stood on a street and spoke with passion, in English and Japanese, about the threats posed by nuclear power. Shimosawa had evacuated from Tokyo to Kansai with her two children, once her daughter became sick.

Now a relentless campaigner to bring truth to light, she told her full story during a visit to Hiroshima on August 6, marking the 73rd anniversary of the dropping of the atomic bomb on that city. Below, in powerful and moving testimony, she recounts the persistent health threats and risks to populations still living in the region and draws a parallel between the “invisible and quiet nuclear bombing” of the Fukushima and Hiroshima populations across the decades.

7 years ago, Fukushima Dai-ichi Nuclear Power Plant had an accident and the nuclear accident developed into a nuclear disaster. Today, we Japanese have to live with this invisible and quiet nuclear bombing.

END_OF_DOCUMENT_TOKEN_TO_BE_REPLACED

Gendai Business Online (article in Japanese here), Jun 14, 2016: [J]ust before the 5th anniversary of the triple meltdown at Fukushima Daiichi, a group of young girls in the city of Minami-Soma rode their bikes to school past a shocked and saddened pedestrian. That upset observer was Arnie Gundersen, nuclear reactor expert… “What surprised me at this visit to Japan… is that the decontaminated area is contaminated again,” Mr. Gundersen said while explaining why it was such as sad shock to witness the girls on their bicycles. “This was not what I had expected. I had thought that we would not find such high doses of radiation in the decontaminated area. But, sadly, our results prove otherwise.”… Gundersen collected samples of dust [though] the official data cannot be released before the publication of formal scientific papers, it is evident that high doses of radiation, usually found in nuclear waste, was detected from these samples. “This means that highly radioactive dust is flying around the city. In other words, the decontaminated land is contaminated again. Little girls are affected by the radiation 20 times as much as adult men. The Japanese government’s standard of 20 mSv is based on exposure assessments for adult men. The girls on their bicycles are actually being affected by a radiation dose equivalent to as much as 400 mSv.” Mr. Gundersen also pointed out that human lungs are heavily affected by internal exposures to radiation. “At this visit, I wore a radiation proof mask that can filter out 99.98% of radiation for six hours. I sent my filter to the lab, and they found a high dose of Cesium. But, unfortunately, the Japanese government only cares about the number on a Geiger counter and does not consider the internal exposure. This has resulted in a hazardous downplay of this kind of data and human lungs are affected by the serious internal exposure.”… [T]he radiation from the mountains are coming back to the city by way of wind and rain. Mr. Gundersen noted the extreme radioactive contamination of the mountains… vegetables grown in that area exceed the government’s standard by 1500 Bq. These vegetables were sold at the MichinoEki in Tochigi prefecture, and the bamboo shoot grown in this contaminated region was used for elementary school lunches in Utsunomiya. These school lunches contained more than twice as much radiation as the government’s standard… However, the government continues to push for the end of people’s relocation and force the return to recontaminated areas… Mr. Gundersen also found that Tokyo remains contaminated. He measured dust… and found a high dose of radiation. That dust is in the air that will be inhaled by the visitors and athletes of the 2020 Olympic Games. Needless to say, the current residents are inhaling it every day… 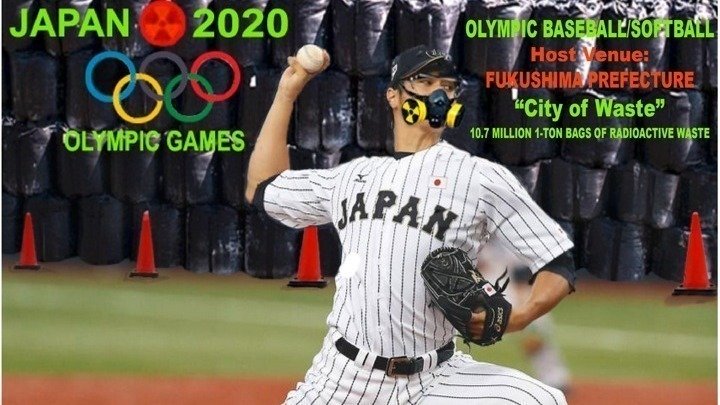