To Obama’s statement after B.B. King’s death, almost a year ago, that “there’s going to be one killer blues session in heaven tonight.” one can but reply that there’s going to be a killer of a nuclear accident in Mississippi or somewhere else soon, and that will be a reason for a killer blues session in heaven alright.https://www.whitehouse.gov/blog/2015/05/15/bb-king-blues-has-lost-its-king-and-america-has-lost-legend 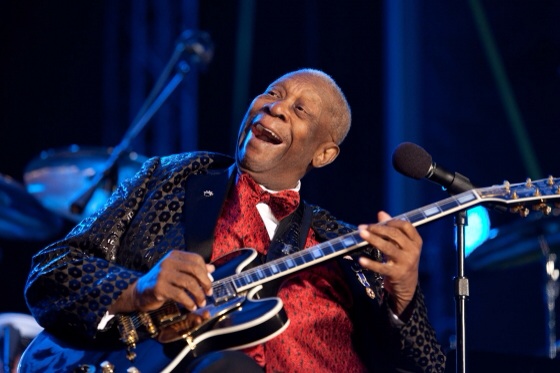 Obama apparently intends to evac to his father’s birthplace, Kenya, or he wouldn’t have beem running around the world begging to dump foreign nuclear waste upon America, to be buried there, under the guise of “non-proliferation”. Unless, of course, he’s just blinkered, drugged up and/or insane.

When a man was found hung last year near Port Gibson Mississippi, the news was heard around the world. When B. B. King passed away last year, it made international news, as had the death of Elvis, also a Mississippian. When accusations were made that B.B. King was poisoned, once again it made news. His visitation and funeral in Mississippi made international news, as well. They are both lucky to have died and miss what’s to come.

But, when the US NRC-Entergy are already legally, and illegally, poisoning land, air and water with deadly radionuclides, and courting a major nuclear disaster in B.B. King’s and Elvis’ home state of Mississippi, not a peep is heard.

The fact that the neighboring Jefferson county, just downriver from Grand Gulf, is the fattest county in a fat country has made world headlines.[1] But, there is no discussion of if this may be due to thyroid damage from radioiodine coming out of Grand Gulf – the largest single nuclear reactor in the US.

When the US NRC-Entergy are playing statistical games which may, at any moment, lead to reactor pressure vessel failure and major nuclear disaster in Mississippi, it doesn’t make news at all, even though it will probably impact much of North America, depending on the luck of the wind direction and rain (or lack thereof). There is no room for the 20 to 40% error allowed by the NRC, when it comes to a potential major nuclear disaster.
https://miningawareness.wordpress.com/2015/04/30/us-nrc-sneak-through-alert-comment-deadline-today-at-11-59-et-request-hearing-by-1-june/
https://miningawareness.wordpress.com/2015/05/01/us-nrc-safety-abuses-alert-comment-deadline-april-30-at-11-59-eastern-time-request-hearing-by-1-june/
https://miningawareness.wordpress.com/2015/01/01/dangerous-maximum-extended-load-line-limit-plus-for-largest-us-nuclear-reactor-urgent-comment-demand-hearing-now/

The US NRC is having a hearing where people could speak in Washington DC, almost 1,000 miles away from the Mississippi nuclear reactor on May 4th.http://meetings.nrc.gov/pmns/mtg To speak, one is supposed to give five days notice. And, yet the official announcement only came out on April 19th, and we didn’t find that people could do presentations until May 1st. We found out about the meeting ca April 26th, but not that people could speak. The “Safety Evaluation Report, Related to the License Renewal of Grand Gulf Nuclear Station, Unit 1, Docket No. 50-416, Entergy Operations, Inc.“, United States Nuclear Regulatory CommissionOffice of Nuclear Reactor Regulation, April 2016 is a daunting 777 pages which makes even less sense than most NRC documents. http://www.nrc.gov/docs/ML1609/ML16090A252.pdf As it’s a technical document, one may estimate 4 or more hours per day which might be spent reviewing it over the course of April 4th to May 4th, if it were well-written and comprehensible. But, it’s not. The parts that we read basically say that Entergy failed to do this and that and the US NRC asked them to do this or that and that the US NRC is ok with their follow-up.

But, should we be ok with the follow-up? An educated guess is most likely not. And yet, each topic has related documents, meaning that one would probably need to examine 1000s of pages, meaning more like a dozen hours per day for one month. And, that allows no preparation of a presentation, nor the travel time. If a Ph.D. who is pretty good at reading bureaucratic crap, and who has been reading US NRC crap for two or three years finds it too daunting to deal with, what about other people? Even if one were motivated to work night and day and beg for an audience, the US NRC is lap-dog to the nuclear industry.

The Japanese are neat, orderly, and think of everything. If you think that Fukushima is bad, a nuclear disaster in the US is going to be a never-ending radioactive Katrina, where people are just left to die, as they were in New Orleans. A nuclear disaster in the UK will be worse than their massive flu epidemic, around 16 or 17 years ago, where they had no room for the bodies. History tells us that after a nuclear accident in Europe, the French will probably try to pretend it never happened. Of course, the US will probably try this as well, but the truth will come out – too late for people to take shelter, as with the plutonium flying out from WIPP. Mississippi may actually fare better than most due to low population density, many people still having a farm work ethic and the heavy military-retired military presence in the state. But, you can be certain that the Feds will treat it like New Orleans.

Related from 2004 pointing out that the county failed to get promised and needed infrastructure due to the cost overruns during construction of Grand Gulf Nuclear Power Station. The NIRS found that one evacuation road near the nuclear power station had ben washed out.https://www.wiseinternational.org/nuclear-monitor/616/us-nrc-adopts-jim-crow-policy-nuclear-licensing

Report about tritium at incomplete Grand Gulf Nuclear Reactor next to the operating reactor. It was flushed to the Mississippi River, where people still fish and many communities, including New Orleans, get their drinking water. No one has clarified where this tritium came from and why they believe there won’t be more! The 106,400 picocuries flushed is 3,936.8 becquerels per liter. This is over 5 times the amount of tritium allowed in drinking water in the US and over 50 times the California Public Health goal. How the tritium was in the incomplete building apparently remains a mystery.http://pbadupws.nrc.gov/docs/ML1215/ML12157A182.pdf (Note that in another context we finally found that there is apparently a long-standing pipe problem, which probably led to the tritium discharge and which we need to post about.)

Obama was happy to have B.B. King at the White House, but does nothing to protect Mississippians or other Americans from imminent danger – probably because of the funding which he’s gotten from nuclear utility Exelon. Obama’s “push for more nuclear energy came after the nation’s biggest nuclear power company strongly backed his candidacy. Illinois-based Exelon was one of the biggest corporate backers of then-Sen. Obama’s 2008 presidential run. The company’s director, John W. Rogers, served on Obama’s finance committee and bundled $193,598 to the Illinois senator’s campaign, according to the Center for Responsive Politics. Rogers also sat on the president’s Inaugural Committee and donated $50,000 to the 2009 Inauguration. ComEd CEO Frank Clark bundled $75,100 in contributions to the Obama presidential campaign. (ComEd is a subsidiary of Exelon.) Former White House Chief of Staff Rahm Emanuel made millions when he joined an investment bank in Chicago and shepherded through the merger deal between PECO Energy and Unicom that created Exelon.”https://sunlightfoundation.com/blog/2011/03/23/nuclear-industry-lobbyists-battle-fallout-from-japan-reactor-crisis

He does nothing to stop the poisoning of Tennessee either, probably so Exelon can decommission its nuclear reactors on the cheap by sending the waste to landfills. https://miningawareness.wordpress.com/2014/09/28/what-makes-tennessee-so-popular-as-a-nuclear-waste-dump-not-its-great-singers/

Obama had a white mother and an African father from Kenya. He was raised by white grandparents. Thus, he is not African American. African Americans arrived during a 200 year period starting ca 1614 and mostly from west Africa. He does not share the history or culture, except through marriage. But, his wife apparently doesn’t care either.